Thanks to everyone that turned out to celebrate the Mustang’s 52nd Birthday today. We had an OVERwhelming event, with 133 attendees & 80 cars show up!

We thought about getting a cake & putting on 52 candles, sitting it in the middle of a parking lot, & backing our Mustangs up to it in a circle & reving our engines to blow out the candles, but decided the cake wouldn’t be safe to eat afterwards, & we’d have to be cleaning icing off the rear bumpers of the opposing cars.

So instead, we came up with an alternate plan:

Celebrating National Mustang Day. April 17, 1964 was the official birthdate of the Ford Mustang. I (Bill Cook) pulled the Bullitt out of storage yesterday and promptly put 100+ miles on it today. Steve White and the Shelby American Automobile Club – Motor City Region organized the event and worked with Mustang Owners Club of Southeastern Michigan to promote the event. A perfect day and great turnout. The event kicked off at Ford World Headquarters in Dearborn, then “cruised” to view an outstanding Mustang collection for a tour followed by lunch (where 132 subs, 120 slices of pizza, 80 bags of chips, & 188 cookies were consumed!). After that, the cruise continued to Ford’s Mustang Assembly Plant in Flat Rock. 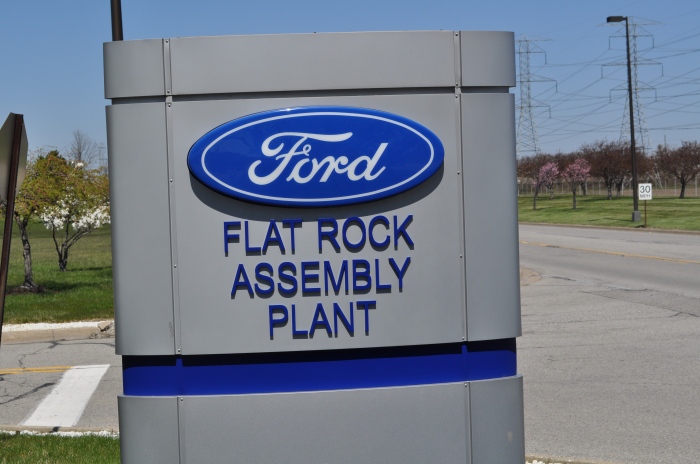 THANKS TO OUR SUPPORTERS